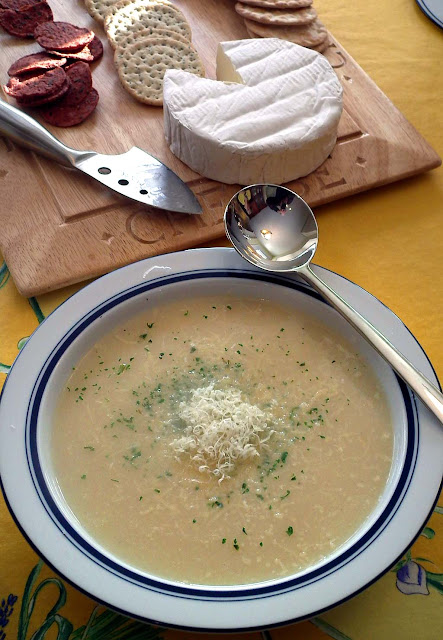 In high school I learned about Greek city states. City states, except for possibly Singapore, are a feature from the past. Yet, trade between the world's thousands of cities is incredibly important today. Trade between cities may even be more important today than it was back then to those ancient Greeks.

I had these thoughts as I sat down to lunch with my wife and her childhood friend. Our meal was only possible thanks to trade between distant cities.Cauliflower from California, cheese from France and from Italy. So much of my lunch was not produced in London, nor in Ontario, nor in any part of Canada.

As a teen I worked in plastic factories making car parts. I  recall that one plastic injection machine I used was designed in and built in Italy. When my day making plastic steering wheels was done, I'd get in my Swedish car, the parts made in Europe but assembled in Halifax, Nova Scotia, and I'd drive home.

Winter driving can be a challenge 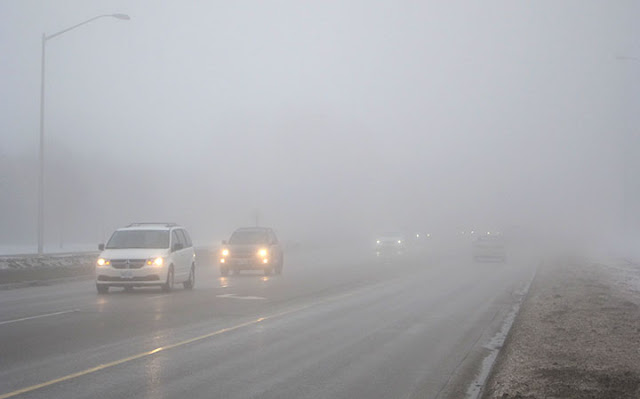 In two days I'll tell the whole story but today my wife and I had to drive to Stratford to pick-up a friend. The friend has to have eye surgery in two days in a town two full hours southwest of Stratford. Winter weather being so unpredictable, we made the pick-up today and now we only have an hour left to travel to get our friend to the somewhat distant hospital.

The weather was so unpredictable that it would have been dangerous to stop. Many drivers go too fast in bad winter conditions. The image today was shot some time ago but it is a good example of what we were up against.

Posted by Rockinon at 9:17 PM No comments: 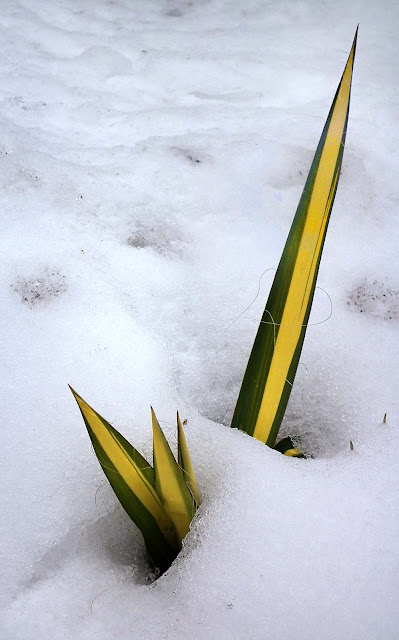 I'm always amazed to see the bright green and yellow striped leaves of a yucca plant poking up above the snow each winter. Yuccas are not native to Ontario. No surprise there. These are tropical, or at the very least, sub-tropical plants.
Yet, transplanted to Ontario these hardy plants are known to survive winters in which the temperature drops to -30 degrees. At minus thirty no one cares whether its Fahrenheit or Centigrade. It is simply cold.
Heavy snow can damage the tall leaves and long periods of arctic-cold weather can damage the roots if the root system is too shallow.
Posted by Rockinon at 9:38 PM No comments:

With travel difficult, we turn to the Internet 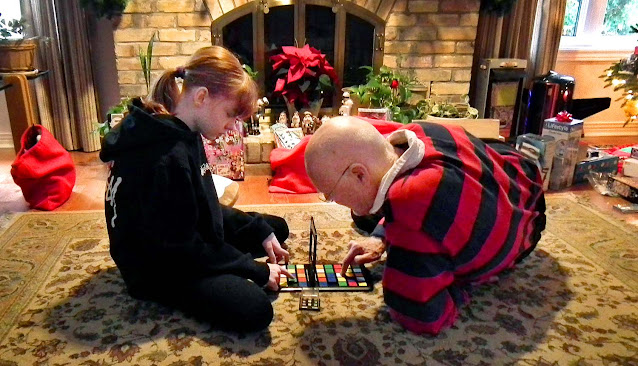 We often hear how awful the Internet is. Spreads lies. Spreads hate. It is dangerous. I have found the Internet to be a wonderful place, filled with neat people who have the same interests as I. The City Daily Photo group is a good example of the positive side of the Internet. 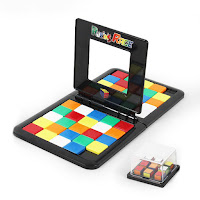 I learned about the game Rubik's Race from a lady who lives in one of the former Russian satellites in eastern Europe. I thanked her for the tip. My granddaughters love the game and we play often.

I've enjoyed and shared photos with folk from all around the world and had interesting chats as well. All is not bleak. (By the way, I have found both Rubik's Race and Otrio to be two fun games.) 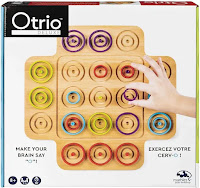 And today's photo showing me, a grandfather, playing Rubik's Race with his oldest granddaughter, Fiona, was taken by my youngest granddaughter, Isla. The seven-year-old didn't do too shabby  a job, eh?
Posted by Rockinon at 12:44 PM No comments: 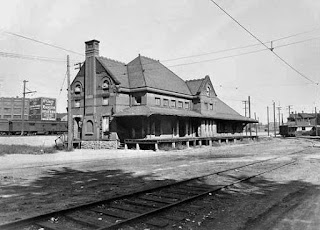 This is the Michigan Central Station that once stood on the southeast corner of Clarence and Bathurst Streets in downtown London, Ontario. Built in 1887, it was demolished in 1937 after sitting idle for years. The last train left the station in early summer, 1915.

Like many attractive buildings that once dotted the London streetscape, it was designed by the famous Detroit architect F. H. Spier. Spier designed numerous buildings in London and throughout southwestern Ontario. Many of which, I understand, are now gone.

Posted by Rockinon at 2:03 PM No comments:

Getting out during the provincewide shutdown 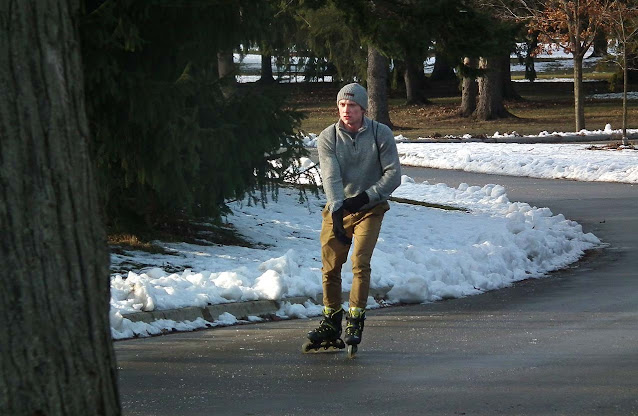 In Canada we have provinces and not states as in the U.S. I live in the province of Ontario, Canada's largest province. Today Ontario is operating under a provincewide shutdown edict. But one thing folk can still do is get out and exercise if alone or with only those living in your personal bubble. An emergency has been declared as the province battles a very severe covid-19 outbreak.

Not your usual walking stick 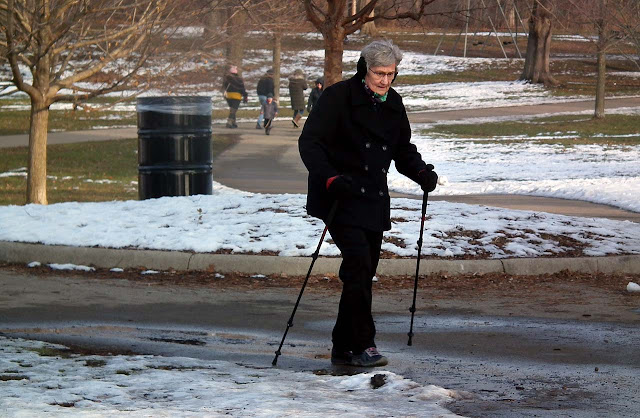 Say walking stick and I think of a rather odd insect that looks a lot more like a walking stick, and by that I mean a stick that walks, rather than an insect. But today walking stick means something different. Maybe even a little more straight forward. Walking stick refers to a pole often used by seniors to assist them when walking.

I don't use a walking stick or pole. Maybe I should. The lightweight poles, it is claimed, take weight off the ankles, knees and hips. Using the poles activate the upper body muscles and help in keeping one's balance. I walk but I have taken a few falls. I have two bruised knees as a write this. My wife doesn't walk because she's taken a couple of bad falls. Maybe I should be reconsidering my resistance to walking sticks.

Posted by Rockinon at 8:57 PM No comments: